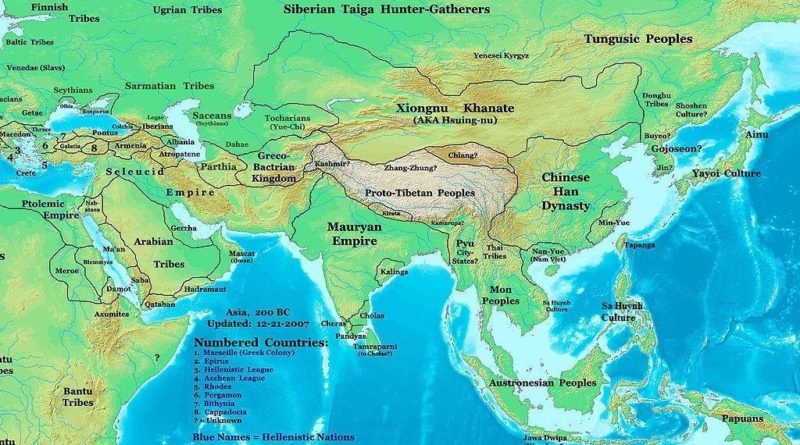 Archaeological excavations on the territory of early medieval Tokharistan have given the richest material for specification of its art culture. Today the richest database relates to the local Buddhist art. An important found, which, we think, characterizes another line of art, the secular, is the wall painting at the fortress of Tavka, being a part of a fortification system of Nonidakhon, a customs house locating to the south of the Iron Gate nearby the exit to the valley of the Sherabad Darya from Sogd. E. Rtveladze discovered it in 1987; for 1989 – 1993 Sh. Rahmonov had been excavating there. Discovery of the wall painting became known at once but the publications had not appeared what delayed its coming into science for ten years. At last, first, in the article of Sh. Rahmonov and M. Reutova and then in the monograph of Sh. Rahmonov were published archaeological materials on this interesting monument. Some fragments of the wall painting are in the exposition of the Termez Regional Archaeological Museum. The acquaintance with them gives rather full knowledge of the fortress itself and art decoration of its ceremonial hall.

The excavation of Tavka has enriched the archaeology of Tokharistan as well as to face the scholars before some important problems. First of all, they relate to the attribution of this monument and wall painting. I seem, that identification of the fortress as a Manichean temple considering only a fact of five premises, discovered there, and their location on a top of a rock, could not be correct enough. The fortress of Tavka was a residence of a director of the customs house. Intention to use natural relief for fortification purposes determined a place of its location. Life and work needs of a director of the customs caused a number of promises there. Thus, on the ground floor there were two depots, on the first floor – entrance hall, living room and ceremonial hall. Two belts of painting covered the walls of the ceremonial hall. Painting technique is traditional for Central Asia. The artist of restoration M. Reutova, in a process of cleaning and conservation of the wall painting, had fixed two layers. The painting of the first layer had been preserved just in fragments of ornamental motifs. This layer was lime washed, and above it was put the second layer of the painting with scenes of hunting and feast, which, I seem, could be stages of the wedding ceremony.

The lower belt presents a dynamic scene of horsemen’s jeiran-stalking. The horses are exposed in wide gallop. The harness is richly decorated with gold. The horsemen are shooting from a bow at running animals in front of them and turning back (Fig. 1). The scene of feasting in the upper belt develops the hunting scene. Over twenty noble personages, men and women, are taking part in the celebration. The composition of this belt could not be fully restored because of small sizes of its fragments. Probably, like the wall painting at Balaliktepa, all personages formed couples locating opposite each other. All participants of the feast were divided into two groups opposite each other. They have three-quarter turn towards a spectator. Their attention, probably, was focused on an old woman putting a necklace on a neck of a bride. The necklace consists of a strand of beads and cross-shaped pendants. This picture occupied the central section of the composition. The same necklaces decorate necks of the old woman herself and some other women at the feast.

A number of personages in the painting are wearing traditional robes with right-hand triangular lapel. The women have silk mantles above robes; their underclothes are dresses with close well-rounded collar. They, probably, are holding nearby shoulders a big white flower on a long stalk. The men have turbans rolled up around caps; its edge is falling up to an ear. The female headgears are more various in forms but all of them present a style of turban. In this connection, it is possible to guess that the participants of the wedding ceremony are the noble Tokharistans turning to Islam.

The artist having painted the hall was a real consummate master. For rather short time, he had made a sketch of the full composition, which then had been reproduced on the walls, first, as contour drawings with further painting. I think he was precise in the portraits of feast participants: their faces are very individual. Different details are also exposed thoroughly: horse harness, clothes and adornments. By its art value, the wall painting at Tavka is among the best pieces not only in the art of Tokharistan but of Central Asia in a whole. Sh. Rahmonov pointed the analogy of the wall painting at Tavka and Balaliktepa, though he thinks that by technique and brightness of colour the first one is higher in comparison with the Balaliktepa wall painting. I think that in the case of Balaliktepa, where the artist also painted from nature, the personages are more generalized. In the case of Tavka we have portraits. This is their main difference.

Among the important, there is a problem of dating of Tavka wall painting. So long as at the fortress the coins have not been revealed, Sh. Rahmonov, first of all, used ceramic pieces. Having compared them with dated ceramic complexes, he resumed that “main period of the fortress operating can be related to the end of the VI – VII cc.” Sh. Rahmonov presumes that Balaliktepa wall painting preceded the wall painting at Tavka, basing on the initial date of the first one (the end of the V – beginning of the VI cc.). However, I think that stylistic analogy of wall paintings at these monuments was caused not by chronological reasons but by the existence of local art tradition in Tokharistan. In addition, we should consider that dating of the wall painting at Balaliktepa have been revised towards reducing the age of this monument. Ceramics of Tavka, by its morphology and details, can be dated from the first half of the VIII c. We could be sure in this fact comparing it with ceramic complex of the upper layer of a homestead at Shurabkurgan settlement excavated by S. Bolelov. In this layer was the Arab felse minted by Nasr ibn Saiyar, the vicarious ruler in Khorasan in 738 – 748 (4, p.38 – 43). At last, we should consider that the noble Tokharistans in the wall paintings at Tavka had already been the Muslims. Judging by the material from the valley of the Surkhandarya, the spreading of Islam started exactly at this time.

Roots of the hunting scene in the Tavka painting can be found in the Bactrian art – pictures on silver umbon of a shield from the Amu Darya Hoard and on bony plates from the temple of Oxus. On umbon there is a scene of horsemen hunting at goats and deer. On the plates, the hunting scene is richer: horsemen are hunting at leopard, goats, deer, sometime, shooting at them from a bow turning the body back. In both cases, the hunters ignore hares. It was not accidental; according to the Zoroastrian tradition, hares deemed to be benevolent animals. It was the same reason why a big hare in the hunting scene at Tavka was not a trophy for the hunters. As for the scene of the feast, it was popular with the art of Tokharistan at the Early Middle Ages, reflecting an aspect of the feudal lifestyle. 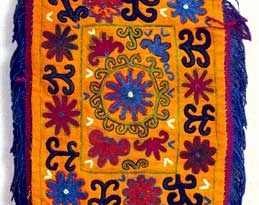 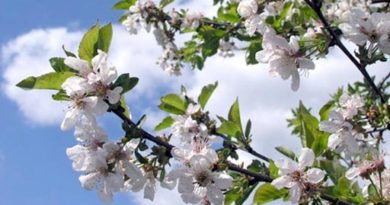 2 thoughts on “Wall Painting at Tavka”