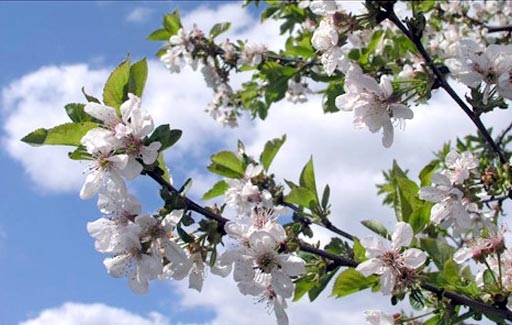 Nowruz is the traditional Iranian festival of spring which starts at the exact moment of the vernal equinox, commencing the start of the spring. It is considered as the start of the New Year among Iranians. The name comes from Avestan meaning “new day/daylight”. Noruz is celebrated March 20/21 each year, at the time the sun enters Aries and Spring begins. Noruz has been celebrated for at least 3,000 years and is deeply rooted in the rituals and traditions of the Zoroastrian religion. 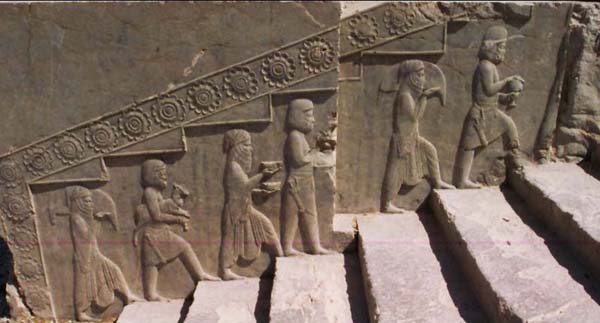 People from across Persia brought Nowruz gifts for the king.

The Zoroastrian Parsis of India celebrate Noruz twice, firstly in common with their Iranian brethren on the vernal equinox as Jamshedi Navroz (also referred to as the Fasli New Year) and secondly on a day in July or August, depending upon whether they follow the Kadmi or the Shahenshahi calendar. This is because the practice of intercalation in the Zoroastrian calendar was lost on their arrival in India. The Kadmi New Year always precedes the Shahenshahi New Year by 30 days. In 2005, Noruz is celebrated on August 20 (Shahenshahi).

The Bahai Faith, a religion with its origin in Iran, celebrates this day (spelling it “Naw Ruz”) as a religious holiday marking not only the new year according to the Bahai calendar, but the end of their Nineteen Day Fast. Persian Bahais still observe many Iranian customs associated with it, but Bahais all over the world celebrate it as a festive day, according to local custom. American Bahai communities, for example, may have a potluck dinner, along with prayers and readings from Bahai scripture. While Naw Ruz, according to scripture, begins on the vernal equinox, Bahais currently celebrate it on March 21, regardless of what day the equinox falls. Bahais are required to suspend work and school in observance.

The name of Noruz does not occur until the second century AD in any Persian records. We have reasons to believe that the celebration is much older than that date and was surely celebrated by the people and royalty during the Achaemenid times (555-330 BC). It has often been suggested that the famous Persepolis Complex, or at least the palace of Apadana and Hundred Columns Hall, were built for the specific purpose of celebrating Noruz. However, no mention of the name of Noruz exists in any Achaemenid inscription.

After the accession of Ardashir I Pabakan, the founder of the Sasanian Dynasty (224 AD), consistent data for the celebration of Noruz were recorded.

Throughout the Sasanian era (224-650 AD), Noruz was celebrated as the most prominent ritual during the year. Most royal traditions of Noruz such as yearly common audiences, cash gifts, and pardon of prisoners, were established during the Sasanian era and they persisted unchanged until the modern times.

Noruz, along with Sadeh that is celebrated in mid-winter, were the two pre-Islamic celebrations that survived in the Islamic society after 650 AD. 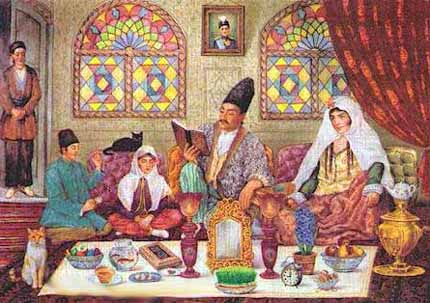 Other celebrations such Gahanbar and Mehragan were eventually side-lined or were only followed by the Zoroastrians who carried them as far as India. Noruz, however, was most honoured even by the early founders of Islam.

There are records of the Four Great Caliphs presiding over Noruz celebrations, and during the Abbasid era, it was adopted as the main royal holiday.

Following the demise of the Caliphate and re-emergence of Persian dynasties such as the Samanids and Buyids, Noruz was elevated into an even more important event. The Buyids revived the ancient traditions of Sasanian times and restored many smaller celebrations that had been eliminated by the Caliphate. Even the Turkish and Mongol invaders of Iran did not attempt to abolish Noruz in favor of any other celebration. Thus, Noruz remained as the main celebration in the Persian lands by both the officials and the people.

During the Noruz holidays people are expected to pay house visits to one another (mostly limited to families, friends and neighbours) in the form of short house visits and the other side will also pay you a visit during the holidays before the 13th day of the spring. 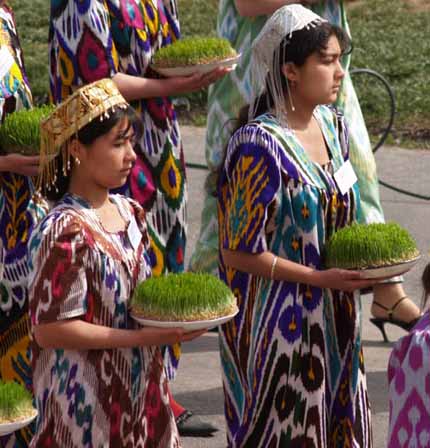 Typically, on the first day of Noruz, family members gather around the table, with the Haft Seen on the table or set next to it, and await the exact moment of the arrival of the spring. At that time gifts are exchanged. Later in the day, on the very first day, the first house visits are paid to the most senior family members.

Typically, the youngers visit the elders first, and the elders return their visit later. The visits naturally have to be relatively short, otherwise one will not be able to visit everybody on their list. Every family announces in advance to their relatives and friends which days of the holidays are their reception days.

A visit generally lasts around 30 minutes, where you often run into other visiting relatives and friends who happen to be paying a visit to the same house at that time. Because of the house visits, you make sure you have a sufficient supply of pastry, cookies, fresh and dried fruits and special nuts on hand, as you typically serve your visitors with these items plus tea or syrup.

Many Iranians will throw large Noruz parties in a central location as a way of dealing with the long distances between groups of friends and family.

Some Noruz celebrants believe that whatever a person does on Noruz will affect the rest of the year. So, if a person is warm and kind to their relatives, friends and neighbors on Noruz, then the new year will be a good one. On the other hand, if there are fights and disagreements, the year will be a bad one. Also, many people do a significant amount of “Spring Cleaning” prior to Noruz to rid the house of last years dirt and germs in preparation for a good new year.

One tradition that may not be very widespread (that is, it may belong to only a few families) is to place something sweet, such as honey or candy, in a safe place outside overnight. On the first morning of the new year, the first person up brings the sweet stuff into the house as another means of attaining a good new year.

The traditional herald of the Noruz season is called Haji Pirooz, or Hadji Firuz. He symbolizes the rebirth of the Sumerian god of sacrifice, Domuzi, who was killed at the end of each year and reborn at the beginning of the New Year. Wearing black make up and a red costume, Haji Pirooz sings and dances through the streets with tambourines and trumpets spreading good cheer and the news of the coming New Year.

The thirteenth day of the New Year festival is called Sizdah Bedar (meaning “thirteen outdoors”). It often falls on or very close to April Fools Day, as it is celebrated in some countries. People go out in the nature in groups and spend all day outdoors in the nature in form of family picnics. It is a day of festivity in the nature, where children play and music and dancing is abundant. On this day, people throw their sabzeh away in the nature as a symbolic act of making the nature greener, and to dispose of the bad luck that the sprouts are said to have been collecting from the household.

The thirteenth day celebrations, Seezdah Bedar, stem from the belief of the ancient Persians that the twelve constellations in the Zodiac controlled the months of the year, and each ruled the earth for a thousand years. At the end of which, the sky and the earth collapsed in chaos.

Hence, Noe-Rooz lasts twelve days and the thirteenth day represents the time of chaos when families put order aside and avoid the bad luck associated with the number thirteen by going outdoors and having picnics and parties.

At the end of the celebrations on this day, the sabzeh grown for the Haft Seen spread (which has symbolically collected all the sickness and bad luck) is thrown away into running water to exorcise the demons (divs) and evil eyes from the house hold. It is also customary for young single women to tie the leaves of the sabzeh, prior to discarding it, symbolizing their wish to be married before the next year is Seezdah Bedar. When tying the leaves, they whisper. 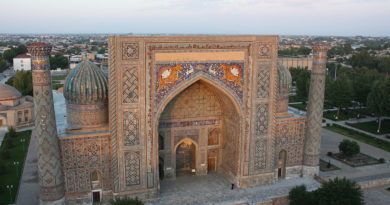 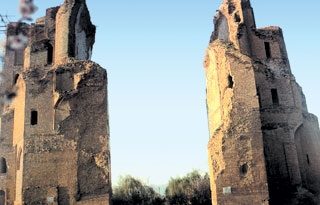 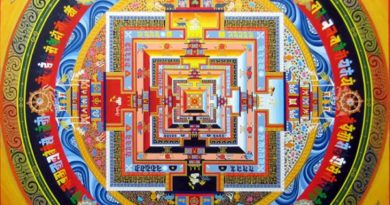 Buddhist Mandalas and Symbolics of the Samanids